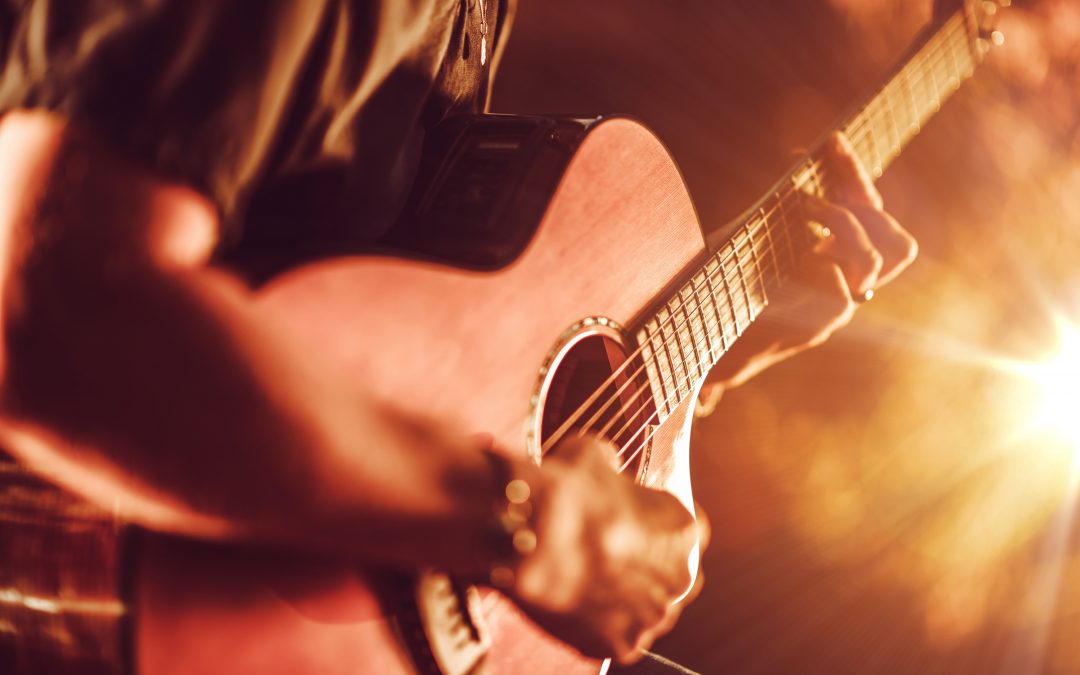 The Music City… that’s Nashville. Music permeates the town and the beat is world-renowned. So you might think an article about Nashville Music is akin to “Chicago for Deep Dish Pizza Lovers.” Or maybe “Buffalo for Snow Shovel Lovers.” Like we’re calling it in, right? Well, you’re wrong.

We’re just making sure you don’t miss any of the best musical things to see and do in Nashville. 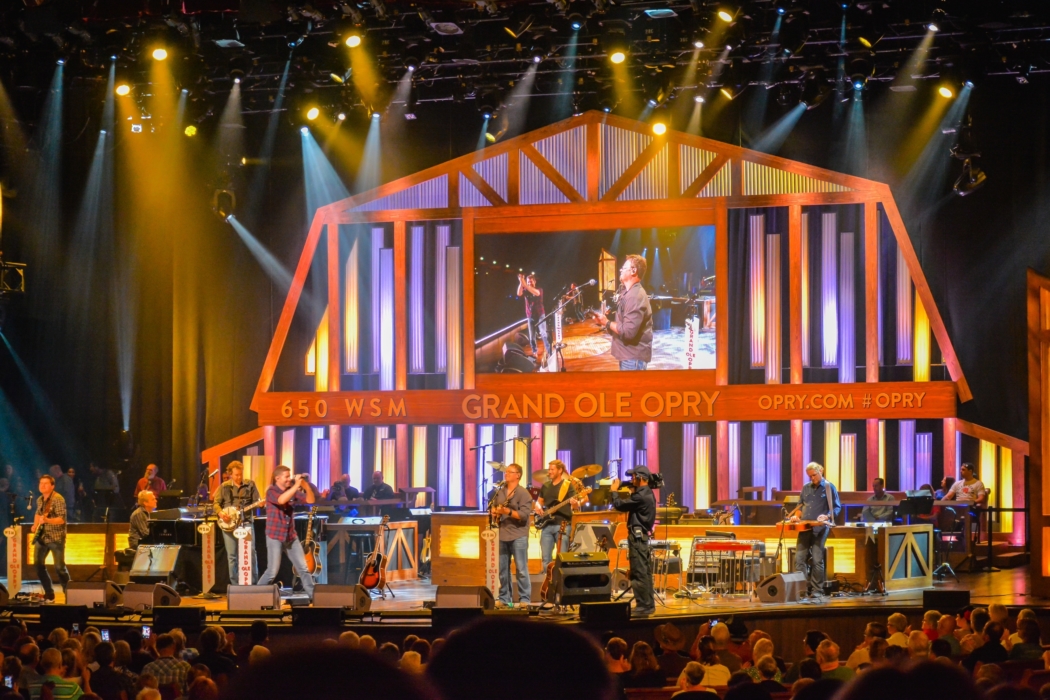 If there’s a number one on any Nashville Music Lover’s list it’s definitely the Grand Ole Opry. November 28, 1925 marked the beginning of the longest running weekly radio show in production. What started as an hour-long barn dance radio program grew into a phenomenon that made Nashville the Capital of Country Music and launched too many careers to mention.

Over the years the Opry has had many homes but is currently located at the Grand Ole Opry House, where it’s been since 1974. And while its physical location has changed, what hasn’t is the greatness of some of country’s greatest stars. If you love true country music you absolutely CANNOT miss the Opry, home of legends Roy Acuff, Minnie Pearl, and Hank Williams. Oh, and George Jones, Kitty Wells, and Porter Wagoner. Of course, who could forget Loretta Lynn, Bill Anderson, and Willie Nelson? Let’s see… there’s Johnny Cash. And the one and only Ms. Dolly Parton, thank you very much! There are too many country music legends to name here, so just get yourself to the Opry and see this world-renowned institution for yourself. 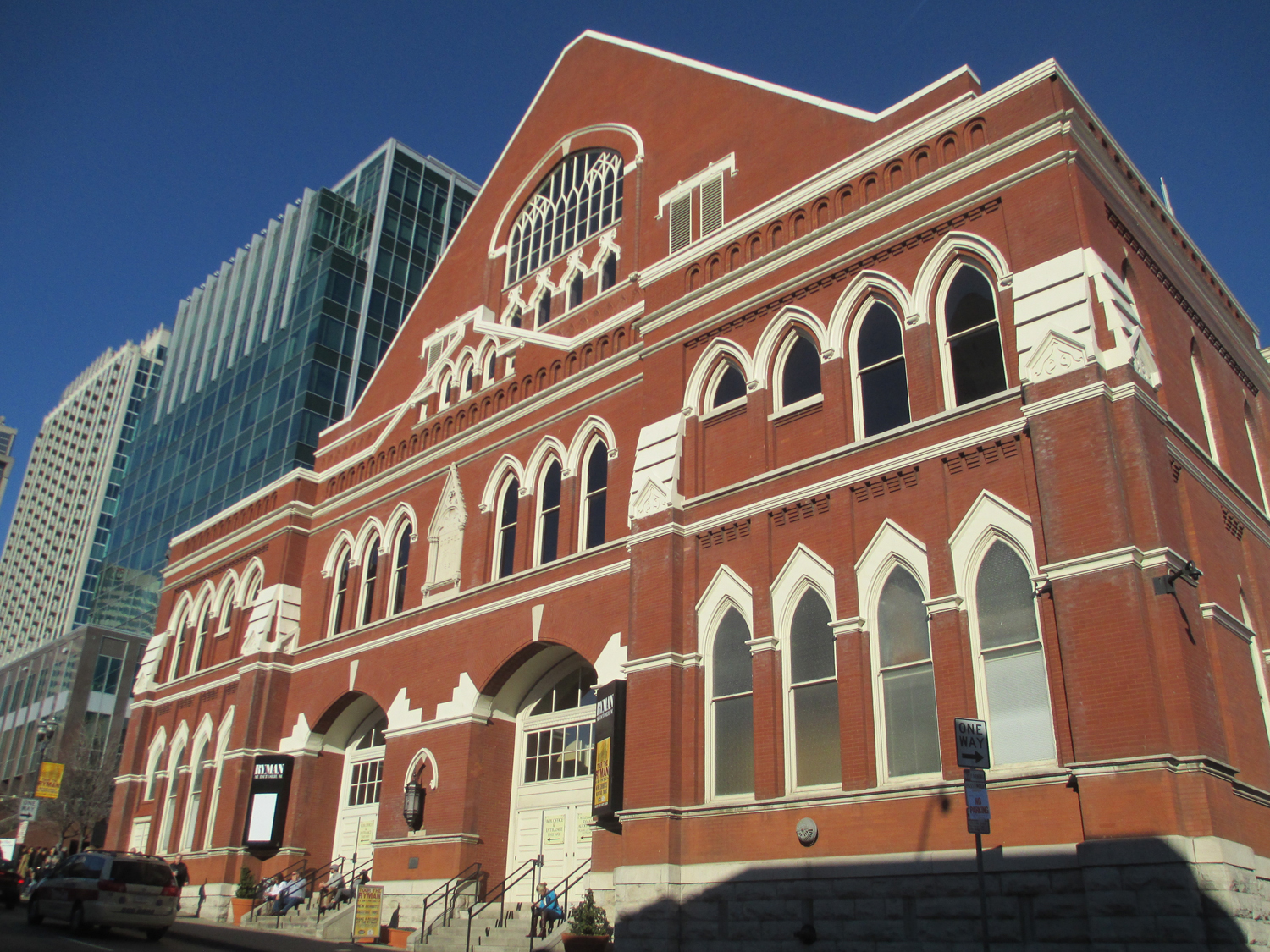 As with the Grand Ole Opry, this place is hallowed ground to Nashville music lovers. And since we’re tossing around dates here, the Ryman’s history goes back even farther than the Opry’s – 1885 to be exact! Yep, the Ryman began as an evangelical tent revival that just happened to be attended by a Nashville bigwig named Thomas G. Ryman. Ryman was so overcome by the spirit of the event that he thought everyone should be able to experience what he had. So, he invested his fortune into building the Union Gospel Tabernacle, which was renamed the Ryman Auditorium after his passing.

In the 1920s, a professional show promoter took the helm and it became known as the “Carnegie of the South.” This locale attracted all sorts of amazing acts. 1943 was a banner year for the Ryman, as the Grand Ole Opry moved in and brought with it the likes of Elvis Presley, Patsy Cline, and other Nashville music legends.

Today, the Ryman is known as one of the best performance halls on the planet for its amazing acoustics. You’ll see locals sitting side by side with folks from all over the world enjoying world-class talent as it was meant to be enjoyed. What started as a home for Jesus now hosts singers, comedians, and orchestras. 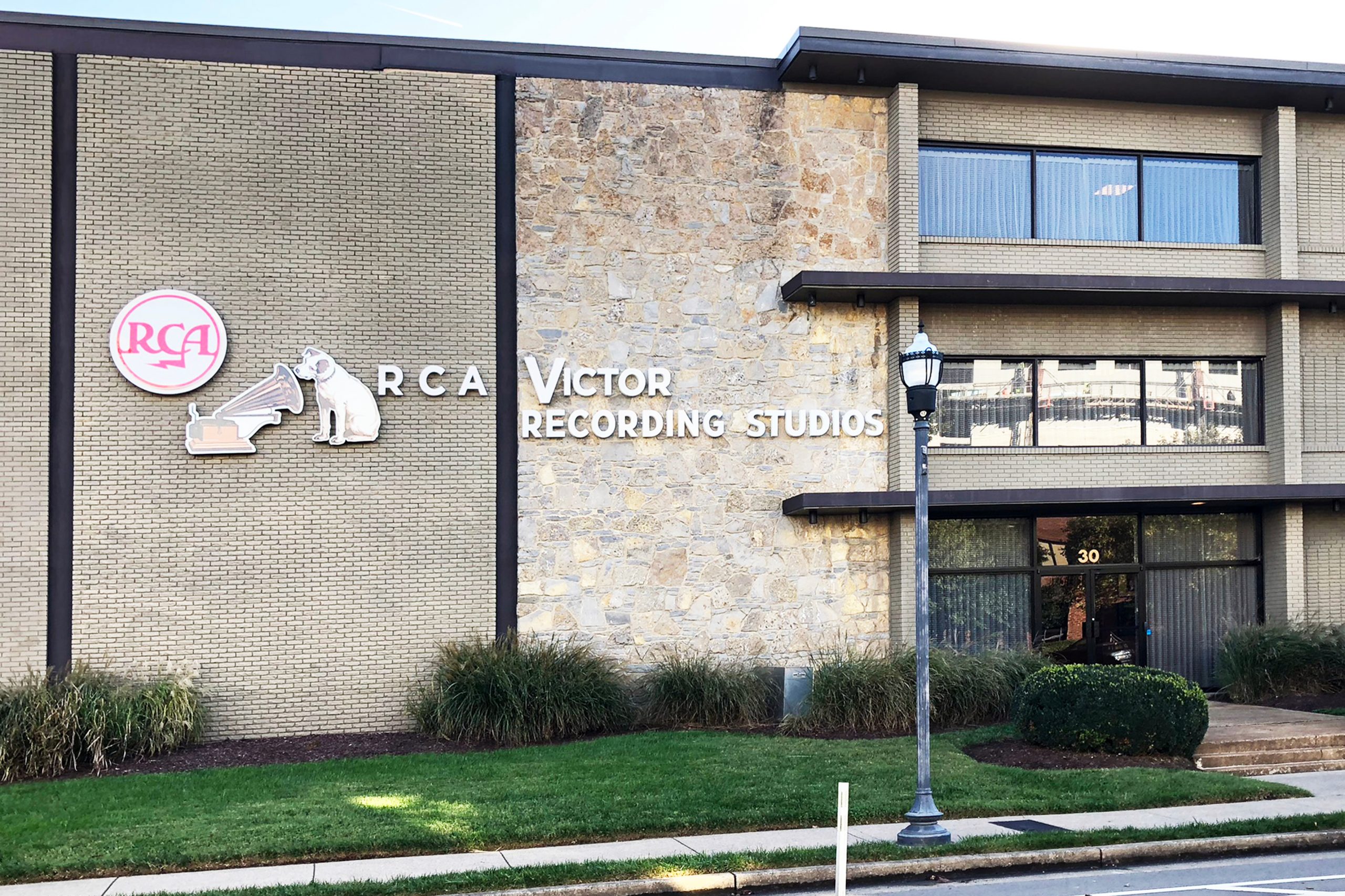 Aptly located smack dab in the middle of Music Row is the one and only RCA Studio B, nicknamed the “Home of A Thousand Hits.” Built in 1957, it soon became key in the development of the “Nashville Sound,” a smoother and more sophisticated style of country music than the rough honky tonk of the 1940s and -50s. And that nickname? Thank Top 10 hits from the likes of the Everly Brothers, Waylon Jennings, Dolly Parton (of course!), and Roy Orbison. Oh, and Elvis recorded over 200 tracks right here.

Many genres of American music have been recorded here. Think country, jazz, gospel, R&B, rock, pop, and more. RCA Studio B is undoubtedly one of the world’s most important recording studios. Still not impressed? Then note that the Nashville Number System was born here–a method of transcribing music by denoting the scale degree on which a chord is built.

In 1977, RCA Studio B was opened up to Country Music Hall of Fame visitors so that everyone could get a glimpse of this musical mecca. Because recording has changed so much in the last few years–with private recording setups becoming the norm–places like Studio B don’t really exist anymore. However, this famous Nashville music spot still is producing amazing sounds and delighting countless visitors. Don’t miss the chance to enjoy this classic piece of musical Americana. 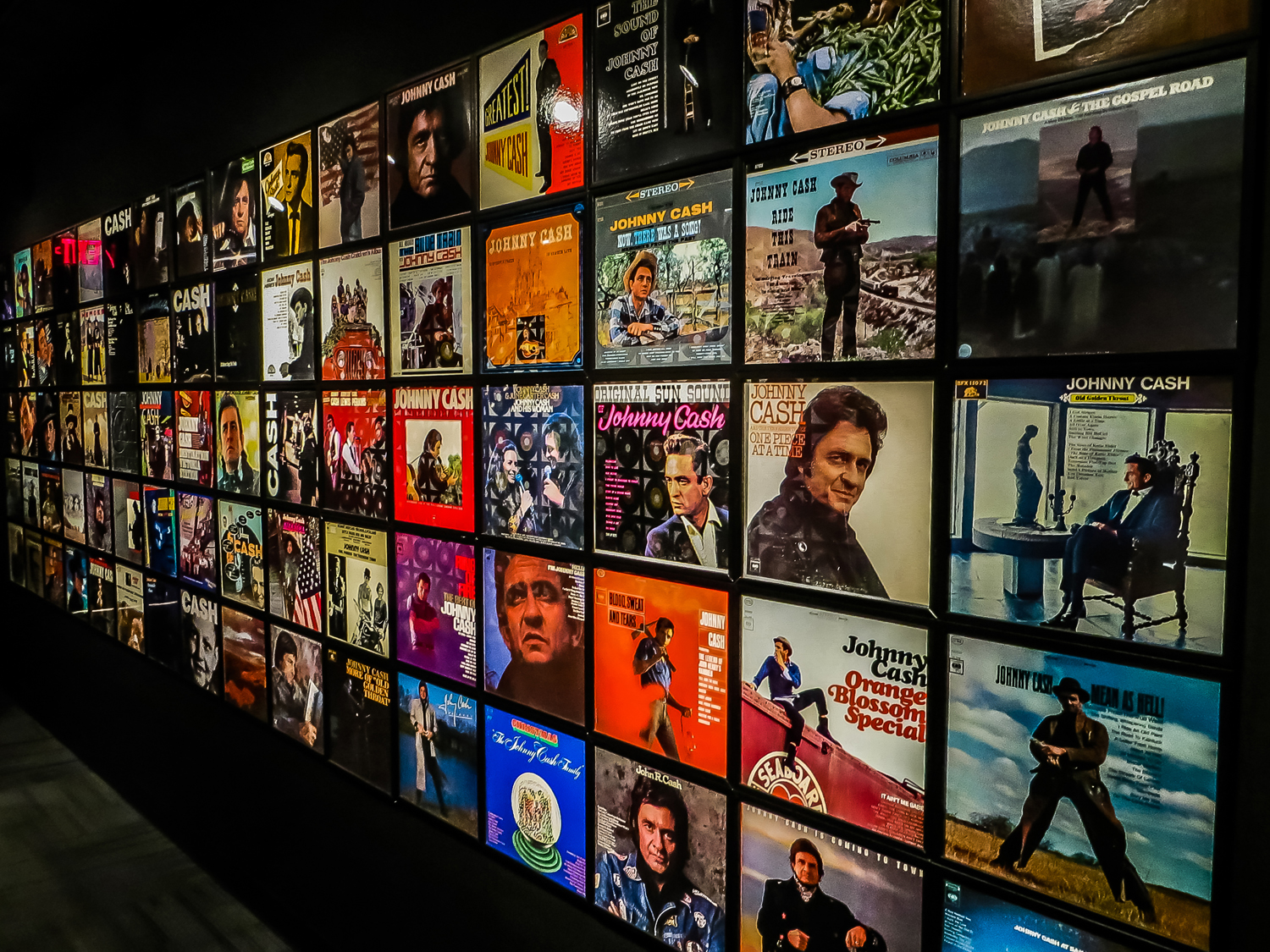 So much history! So many things! You must see all the musical things! Nashville is home to so much musical history it’s mind-blowing. It’s hard to pick a favorite here, honestly, because it all depends on personal preference. With so much to love at each location, it’s hard to pick favorites, but here’s a quick run down. 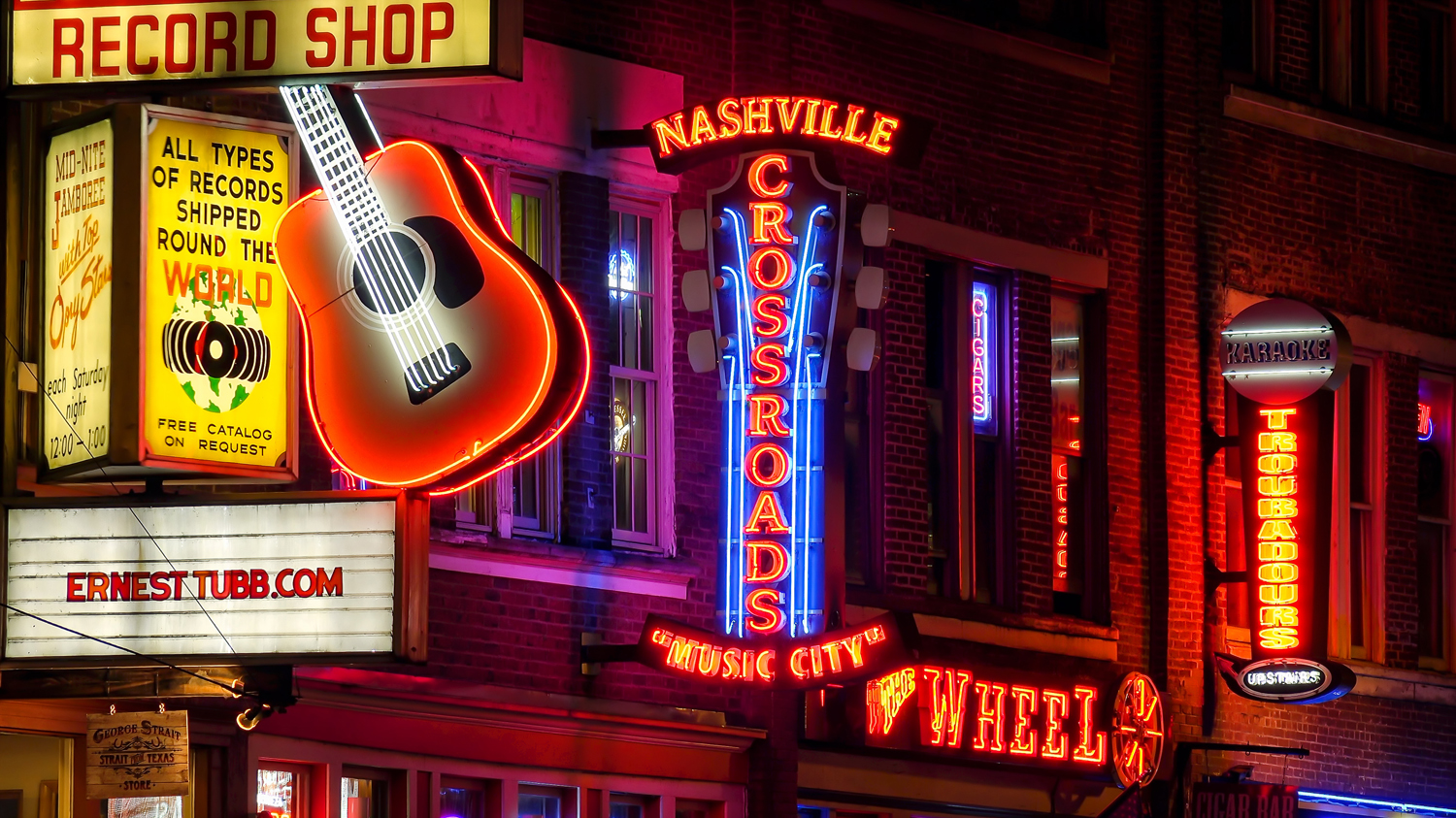 Nashville’s famed Honky Tonk Highway is located on Lower Broadway and cranks out killer country tunes from 10 AM to 3 AM daily. And by daily, we mean 365 days of the year, because ain’t no holiday that don’t deserve some honky tonk. Best of all, there’s absolutely NO cover charge at all. Of course, we encourage you to tip the artists generously for their dedication to their craft. And pay close attention, as many big names started out in honky tonks: Ernest Tubb, Patsy Cline, Merle Haggard, Loretta Lynn, and more.

It’s no surprise that such a cool city is home to incredible music festivals. Depending on when you visit, try to hit one or more of these: CMA Music Festival, Tin Pan South Songwriters Festival, Americana Music Festival, Live on the Green, 4th of July, and New Year’s Eve.

Obviously, the 4th and NYE dates are fixed, but check out the other events before you travel to see if your dates coincide and be sure to attend. Although, if you’re a hard-core music fan, your trip might already be planned around one of these shindigs. In that case, we salute your fine choice of itinerary.

See? We told you we were doing you a great service. Now Kiss an Angel Good Mornin’, tell Jolene to get ready, fire up that lawnmower, and get there before Sundown in Nashville, ‘ya hear?